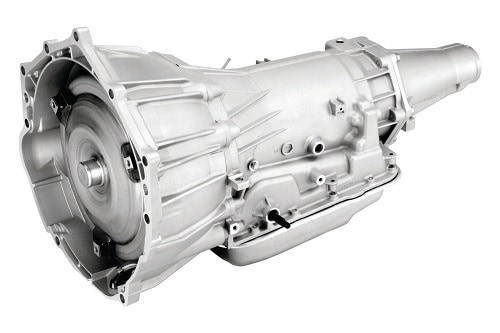 CPT 4l60e can help you find the best prices on both new and used 4l60e transmissions. Whether you are looking for a brand new transmission for your next project or a usable core to learn how to build your first transmission, we can help.

Our team works with the best in the industry to provide you the information to find or build the best 4l60e transmission at prices that won’t break the bank. Find your next transmission today!

What Vehicles Have A 4l60e Transmission?

Since there are so many vehicles that utilized the 4l60e, it’s easy to find many used transmissions in great shape, or plenty of experienced transmission builders to either rebuild your existing transmission or to supply a re manufactured unit.

Overall, the 4l60e is a great transmission that is readily available at an affordable price.

Are All 4l60e Transmissions Interchangeable?

While the 4l60e was found in a wide range of vehicles for its nearly 20 year production run, not all 4l60e transmission are interchangeable.  There are a few critical things to understand when it comes to 4l60e interchangeability such as:

What Is The Difference Between the 4l60 and 4l60e

The 4l60 and 4l60e transmissions share a number of similarities while having plenty of differences.  Both transmissions originated from the 700r4 transmission which like the 4l60 family, was a 4 speed automatic in mild GM car, truck, and suv applications for many years.

The biggest difference between the 4L60 and 4L60E is how both are controlled. For 4L60E control comes from a computer. For the 4L60, control comes form a TV cable.  With one being controlled by computer and the other not, there are compatibility issues that the two have.

If you tried to put a 4L60E transmission in the place where a 4L60 once resided, you will need to buy an aftermarket transmission controller so that you can control it.

Similarities Between The 4L60 and 4L60E Transmissions

While, the 4L60 and the 4L60E have some differences, they share some similarities including:

The 4l60e has 4 forward gears, 1 reverse gear.  Forward gears can be engaged manually, but are electronically controlled to shift based on engine RPM, throttle position, and vehicle speed.

The meaning of the 4l60e is derived from having “4” forward drive gears, “L” for longitudinal installation, “60” explains the light to medium duty use based on its 6,000 pound gross vehicle weight capacity (GVW), and “E” for being electronically controlled via the powertrain control module (PCM).  The 4l60e shifts based on throttle position (TPS sensor data), vehicle speed (VSS data), and other key engine sensors.